This girl has chosen to transform into a young deer to participate in the 46th Halloween party in Greenwich Village in New York. A beautiful makeup and disguise in perfect harmony with the theme of the Parade that was this year, the 'wild spirit'. Marie Le Blé / The Daily View

WILD.Halloween night and its unmissable Parade in Greenwich Village are approaching their 50th birthday in New York. This year, everything was allowed as long as it was savage.

New Yorkers love Halloween and they showed it again on Thursday night. Thousands flocked to Sixth Avenue for the 46th monsters, witches and pumpkins Parade in Greenwich Village. 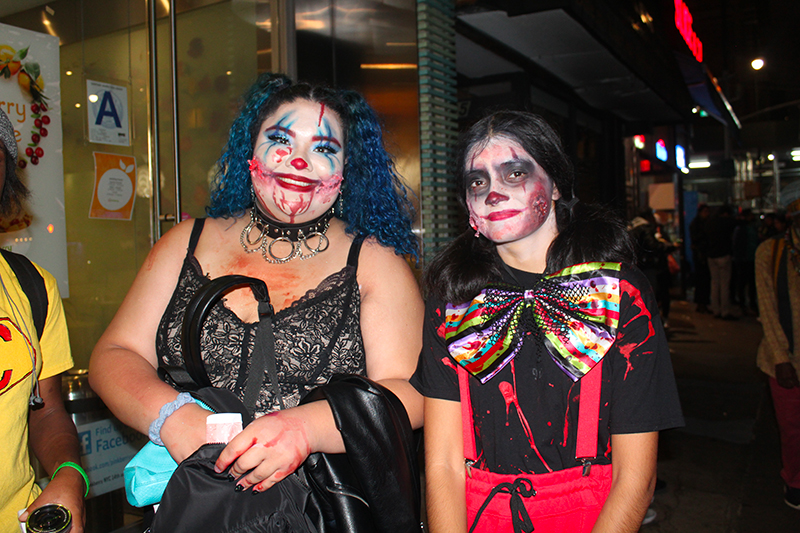 These two girls had a lot of fun preparing for Halloween. Covered with bloody wounds and dressed in their super-crazy disguise, they are ready to party on the streets of New York, with a smile as a bonus. Marie Le Blé / The Daily View.

Puppets, dancers, artists gathered in a "wild" spirit, the theme of this year. But the show was also in the ranks of the spectators all grimaced to celebrate the entry of the winter. 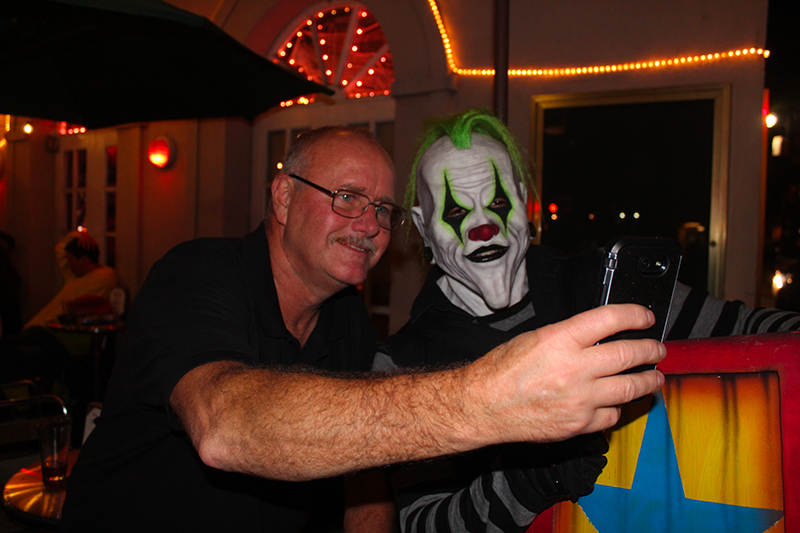 A selfie to immortalize the moment with one of the monsters of the night on the terrace of a restaurant near Christopher Street in Manhattan. Marie Le Blé / The Daily View.

The show was also on the sidewalks, cafes and restaurants packed for this disguised evening. 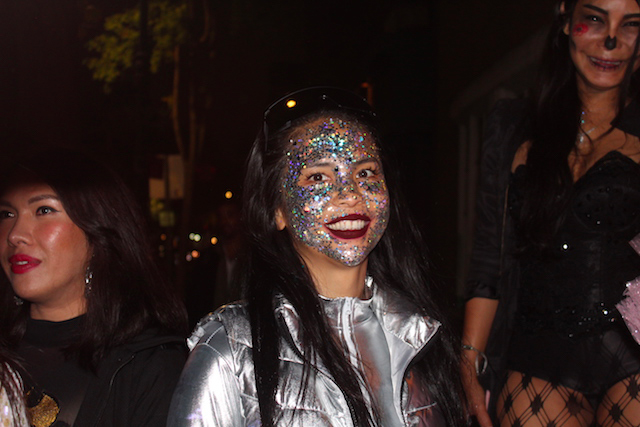 Rhinestones, glitter, silver outfit, everything is allowed on Halloween night including the wildest makeups. Marie Le Blé / The Daily View.

Halloween brings joy, jokes and also generosity as in Phoenix, Arizona where a young man standing on a small rolling skate handed out bread to the homeless people.

Not everyone gets a costume, but Halloween is a huge business in the United States. The trick-or-treaters come out at dusk love to spend money on Halloween. 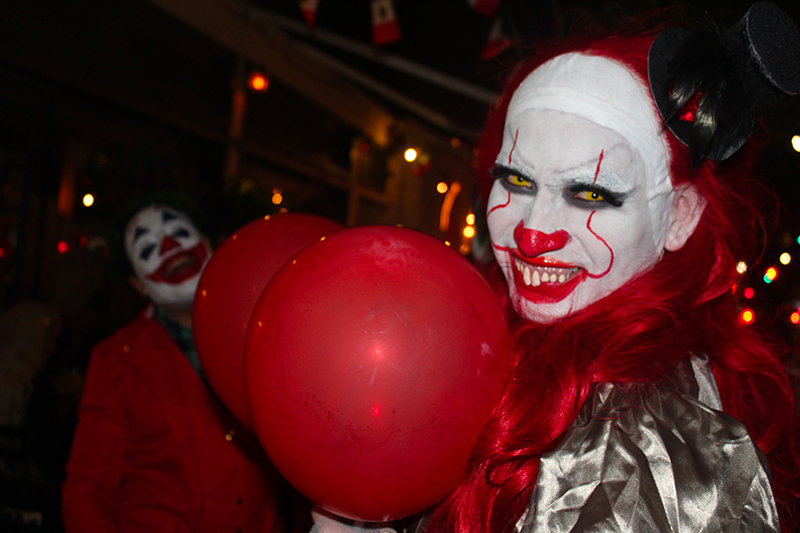 The art and how to turn into a horror movie character with a strong resemblance to the Joker star. Marie Le Blé / The Daily View.

Consumers spend about 86 dollars in general on Halloween, that includes the costumes, candy, decorations. 25 dollars of that are spent on candy alone. 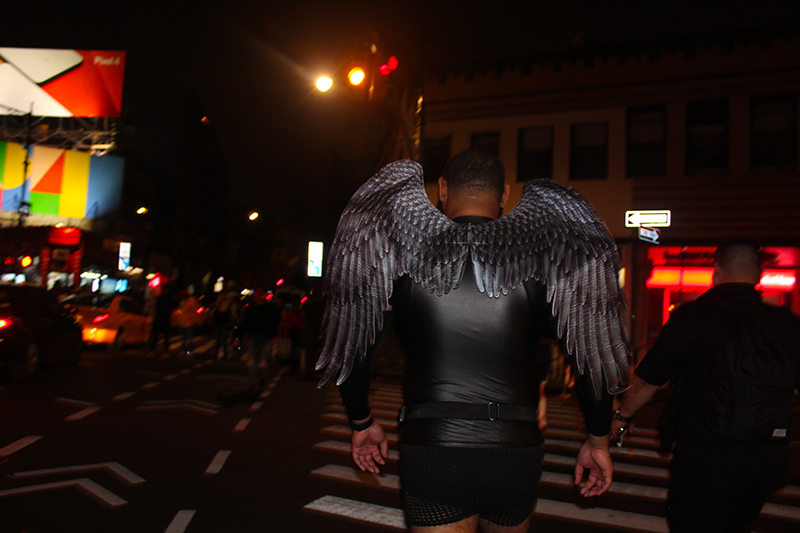 The black angel crosses the street to go home or, who knows, continue the party elsewhere. Marie Le Blé / The Daily View.

The National Retail Federation says that Americans spend about 8.8 billion dollars on Halloween and that includes costumes, candy, decorations, as well as greeting cards.

When the green breaks in New York City
READ MORE
The pillow fight to always remain a child in New York
READ MORE
Contact us Privacy Terms of Service
Copyright 2018 The Daily View.